Lorraine is a keen charity supporter with a particular affinity for children’s causes and said it was a ‘perfect fit’ to join Archie as a patron.

The ‘Lorraine’ show host has had a long-standing career in TV, stretching over 32 years, helping to launch GMTV in the 2000’s and in 2011 she presented the ITV series “Children’s Hospital”. In June 2020, Lorraine received a CBE in the Queen’s Birthday Honours list for services to broadcasting, journalism and charity.

Lorraine has often described herself as an ‘adopted Dundonian’ and despite moving away, she considers Dundee to be a place that she will always call home.

Lorraine said: “I am really excited to get involved with projects in Tayside and throughout the region, and use my platform to support the charity as much as I can.” 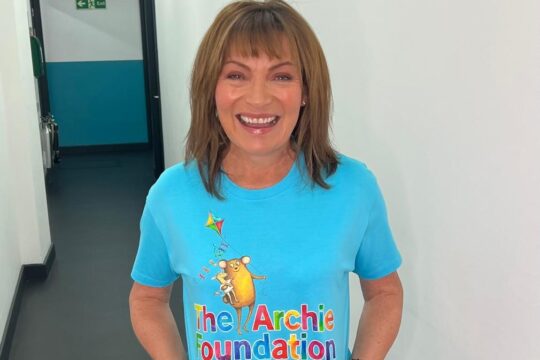