Mum Shelley will be forever grateful to RACH and ARCHIE…

“In June 2019 we discovered a lump just under Carter’s jawline on his neck. We went to our local doctor who though it was possibly just an enlarged lymph node. He asked us to wait three weeks and book back in if the lump didn’t go away.

Carter suffered terribly from night sweats and fevers before diagnosis and most nights he would look like he was just out of the shower and his bed was saturated.

Carter started Chemotherapy on the 12th of September 2019. He stated with a six week pulse of vinblastine and prednisolone. This meant he got IV chemo once every week for six weeks. He moved onto maintenance which is chemo and steroids once every three weeks.

We have been very lucky not to spend too much time in the hospital. He has had a few temperature spikes, one infection and a couple of biopsy’s. Carter is due to finish treatment in September 2021!!

ARCHIE’s services are amazing. When Carter got his portacath in and started his treatment we were in for a week. We got to use ARCHIE’s Parents Accommodation, it was great as it meant one of us could stay in the room with carter and the other could stay downstairs. This saved us doing a 100-mile trip every day. Sarah the ARCHIE play leader is amazing, Carter adores her. She is always entertaining the kids and on hand to help if you need it.

We also received a trip to Edinburgh to see the Lion King from ARCHIE. It was such a highlight for Carter and he still speaks about it.

ARCHIE plays a massive role in the RACH. We will be forever grateful for all the help we have received.

Emotionally Carter’s diagnosis has been hard. As a family it’s been difficult to be apart at times. Travis, Carter’s brother, has to stay at home a lot and I feel like there is more focus on Carter than him which is hard at times. Financially it’s been extremely difficult, but The ARCHIE Foundation have helped ease that by helping with travel costs.

ARCHIE will always hold a special part in our hearts.” 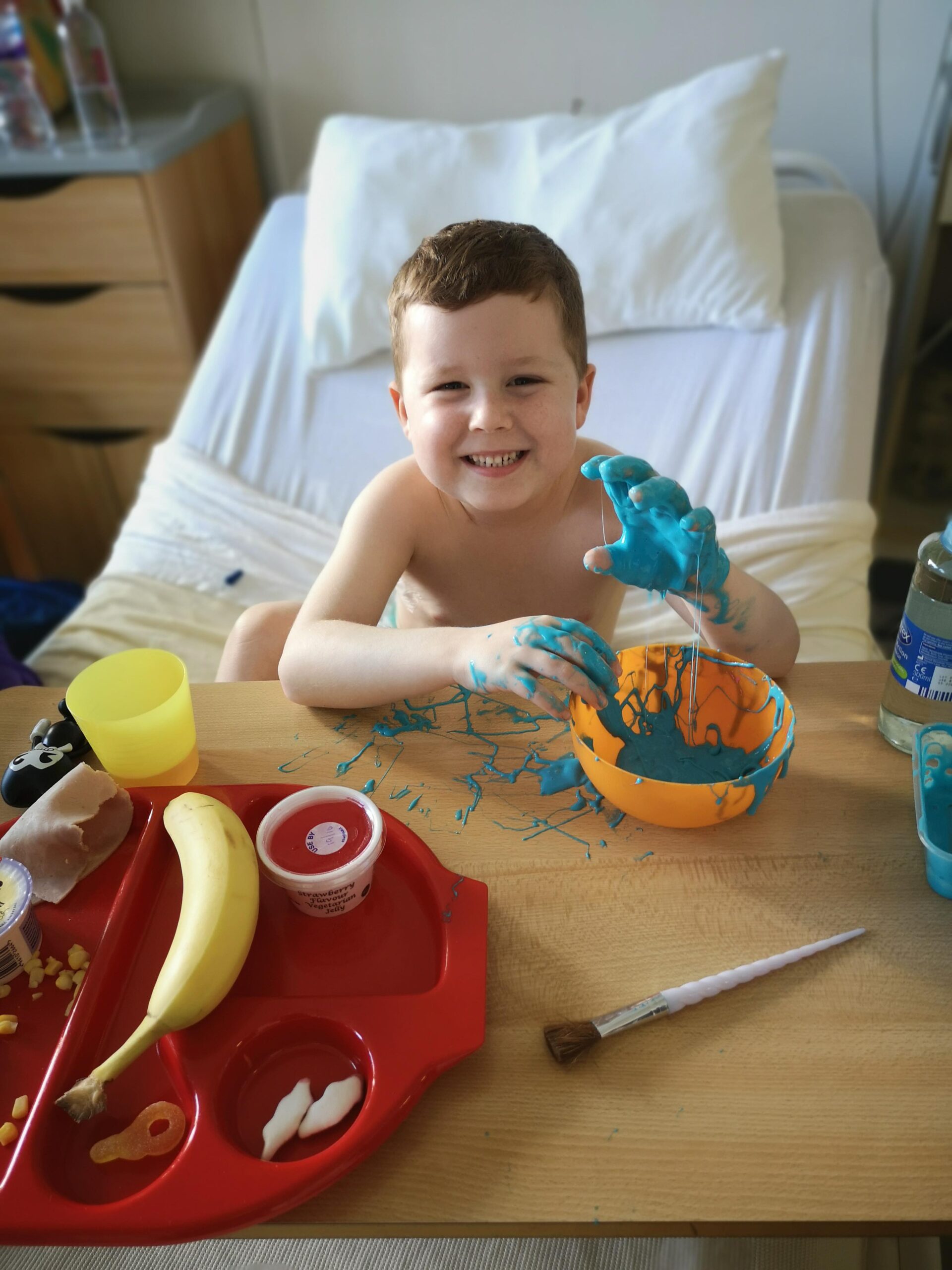