Meet Alfie, the little boy who faces every challenge with a smile

Alfie’s dad and Becca’s husband Ryan passed away unexpectedly in May 2017. Five days after he passed away Becca found out she was pregnant. After a very difficult pregnancy, Alfie was born at 31+5 weeks on the 1st December 2017 at 7.46pm weighing 4lb 5oz and by emergency C-section due to his mum Rebecca having reduced movements.

After a very quick introduction to mum, he was whisked off to the Neonatal Unit in Aberdeen Maternity Hospital. Alfie then went on to spend the next 10 weeks of his life in the Unit starting off in Intensive Care, then making his way through to High Dependency and finally making it to the last leg of Special Care Unit.

Whilst in the Neonatal Unit, Alfie received his first diagnosis of chronic lung disease and was on all kinds of breathing apparatus. Becca explained to us: “I was told he may have to come home on oxygen, which as a single parent was petrifying but in true Alfie style, he decided he didn’t need any help and started pulling the oxygen nasal tubes out while he was in High Dependency obviously meaning he could do his breathing on his own!”

During Alfie’s time in the Unit Becca tried hard to express milk for her little boy using breast pumps provided by Friends of the Neonatal Unit fund within ARCHIE. “I had to express for 10 weeks before Alfie could try and have a go on the breast as I was desperate to breastfeed. Sadly, it was really hard for me as my milk didn’t come out very well and Alfie wasn’t getting much from me, so I ended up having to go onto bottles after 13 weeks”. Becca went on to tell us: “I used the Friends of the Neonatal Unit’s specialist reclining chairs every day, as they were really comfy for feeding and also for getting up after my C-section”. ARCHIE’s Friends of the Neonatal Unit also helped Becca by offering emergency funding money for taxis to and from the hospital when she couldn’t drive due to her C-section, this was “such a huge help” and took at least some of the stress off Becca during such a hard time.

After they finally got to graduate from NNU, they spent 3 days at home only to be rushed back The Royal Aberdeen Children’s Hospital (RACH) with Alfie not being able to regulate his own temperature. Becca told us “From birth he hadn’t been able to keep his temperature but NNU at the time thought he may just have been a cold baby as Alfie was definitely becoming “unique”. After 3 weeks in RACH, numerous scans and tests it was diagnosed that Alfie only has half his thyroid, “he is only able to regulate his temperature himself for so long meaning he has an underactive thyroid, this has its own issues in itself with various symptoms, but daily medication helps to keep this on level” Becca told us.

Fast forward to two and a half years old, Alfie can look back on numerous week-long admissions in Royal Aberdeen Children’s Hospital, including spending his 2nd birthday and Christmas in RACH last year. He is on numerous medications and has different diagnoses all linked to his genetic and thyroid conditions. The family are regulars at RACH and see numerous specialists regularly. Whilst in the hospital they regularly see The ARCHIE Foundation’s Play Leader, Sarah who is always on hand to create something fun for Alfie to do and to help distract from any treatments he has to have. Whilst in RACH, Becca uses the pull-down beds in each ward bedroom which ARCHIE provide, she told us “they are absolutely fantastic and ensure that I can be beside Alfie all the time”.

Alfie has recently been diagnosed with global developmental delay and severe speech delay, which the family are working with specialists on.

Despite all the challenges life has thrown at little Alfie, he is an incredibly happy, sociable wee boy who puts up with his 4 monthly blood tests and other various scans, check-ups and daily medications.

Pseudohypoparathyroidism is a rare genetic disorder in which the body is not able to respond to the parathyroid hormone which is a hormone that controls the level of calcium, phosphorous and Vitamin D levels in the bones and blood.

There are 2 different types of PHP, both of which are caused by spelling mistakes in certain gene mutations.

Alfie has PHP type 1A . People with this disorder are also resistant to other hormones, such as thyroid. Type 1A is also associated with a group of symptoms referred to as Albright’s Hereditary Osteodystrophy, which includes short stature, a round face, obesity and short hand bones.

Treatment is lifelong and aims to normalise calcium and PTH levels with active vitamin D metabolites and calcium supplements. 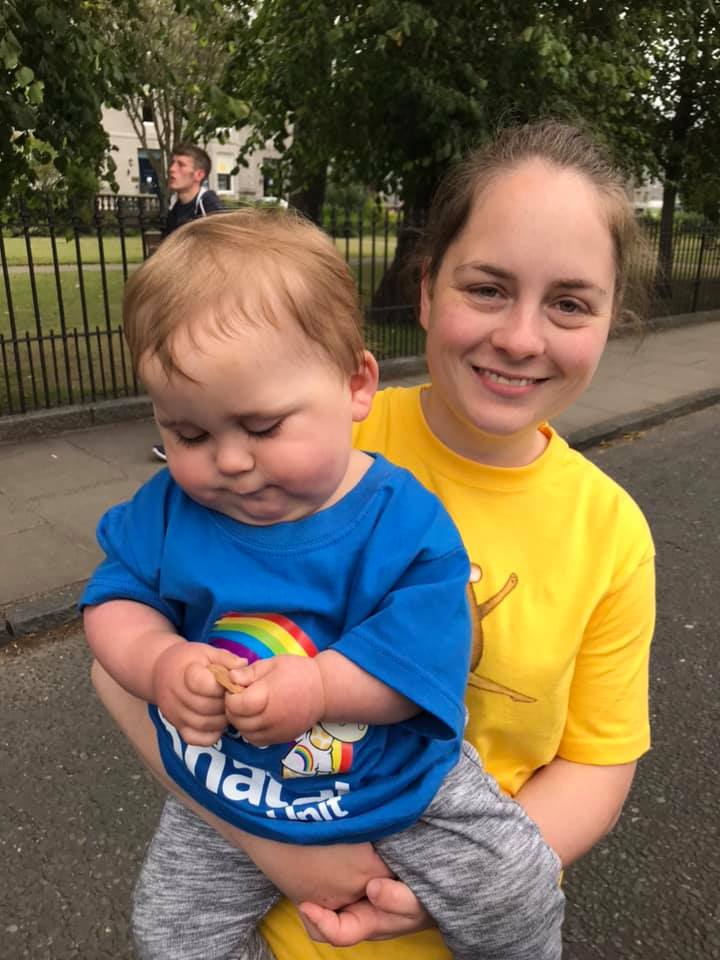