“Rory was diagnosed with Addison’s Disease after a short illness which resulted in cardiac arrest following adrenal failure. It took many weeks to confirm the diagnosis during which he was expertly cared for at Edinburgh Children’s Intensive Care Unit and transferred back to Royal Aberdeen Children’s Hospital High Dependency when he was stable. This happened weeks after his 11th birthday.

Although the initial prognosis was poor and very life limiting, (mainly due to the cardiac arrest), Rory made a remarkable recovery. He is now 21 and in full time education at college hoping to start University next year. He is an active member of Grampian Flyers Wheelchair Basketball team.

Addison’s disease is easily treated with steroid tablets taken on a daily basis to replace cortisone. For periods of illness or stress, more tablets or an emergency injection may be required. It has been relatively easy to manage although can feel stressful in the initial stages of infection or illness. When Rory was 18, he was transferred from RACH to David Anderson clinic at ARI where he sees a consultant and dedicated nurses once a year. He can also make contact any time advice is required.

Rory wears a wristband to indicate he is steroid dependent so that in the case he becomes unwell, his medical information can be relayed to an ambulance team quickly. He also carries a steroid information card in his wallet. Emergency intramuscular injection is required if he becomes unwell quickly so injection training is given to family members.

As a family we are so grateful for the support of all the health professionals that have worked with Rory and family members over the last 10 years. The children’s services were first class.” 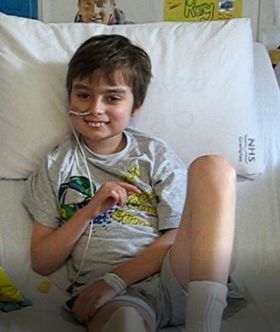