“Our little boy Cody was diagnosed with a condition called Congenital Diaphragmatic Hernia (CDH) at our 20 week scan.

CDH is a condition where the diaphragm does not form properly which then means that the babies’ organs travel up in to the chest cavity crushing the lungs and heart. Cody had left sided CDH which meant his heart was shunted over to the right and his left lung did not have the space to grow.

We were given a 20% chance he would survive after birth.

We were taken in at 38 weeks to be induced, as the whole process needed to be controlled so he could be born with the right medical help on hand. We were prepped for the birth we had a tour round the Neonatal Unit told our baby would be taken away as soon as he was born as he would need to be intubated straight away, as if he took a deep breath when he was born it could crush his lungs.

Labour went as planned and he arrived in to the world on the 16th March 2016 weighing a huge 8lb 0.5oz (for being two weeks early!), he tried to cry when he was born and was whisked away to be intubated. I got a quick glimpse of him before he was taken to the Neonatal Unit. After about 30 minutes we were told Cody was all prepped and ready for us to see him properly.

Cody spent 13 days in total in the Neonatal unit in a Giraffe Incubator (funded by Friends of the Neonatal Unit) and he was operated on at 2 days old, everything went better than we could have ever imagined.

The staff in the Neonatal Unit were amazing and I could not fault them in any way. The day after Cody was operated on I was asked to leave the maternity unit as they needed my bed. I was hysterical as Cody was not out of the woods, we still had no idea if he would survive and we were told not to get our hopes up as these babies tend to have honeymoon periods I went to Neonatal in a complete mess and told the staff there what had happened. We lived over an hour away from Aberdeen and I feared that if anything happened to Cody we would be too far away to get there on time. The Neonatal staff called the ARCHIE Parents Accommodation in the Royal Aberdeen Children’s Hospital and got me a bed to stay in so I could be closer to Cody! 🥰

I can never thank them enough for this, it meant I could stay with Cody as long as I wanted and be close by when I went for a nap through the night.

Between ARCHIE, Friends of the Neonatal Unit and the Neonatal staff they made a terrible situation a little more bearable. I will forever be grateful to them all.

Cody has just had his fifth birthday and has no lasting ill health from his CDH!” 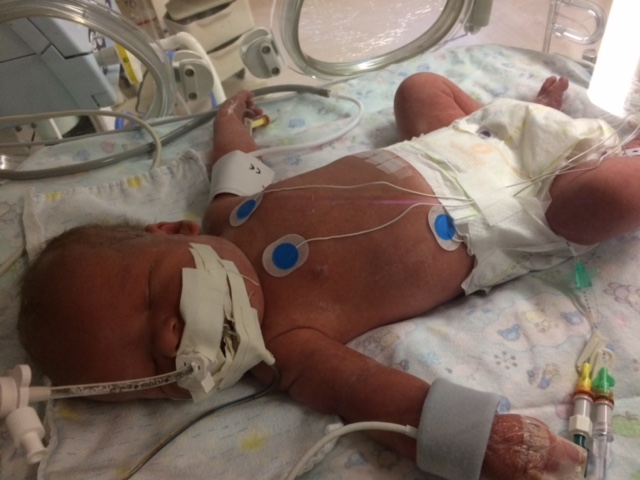