An avid cyclist will enjoy a well-earned break on his birthday after completing a 265-mile bike ride alongside Mark Beaumont in aid of sick children.

Seamus Smith will turn 48 on Sunday April 28, the day after an epic journey finishing in Aberdeen after leaving Dundee for Inverness the previous day.

He is part of a group of cyclists taking on the challenge as part of ARCHIE and Mark’s Big Bike Ride on April 26 and 27.

Seamus, from Carnoustie, was encouraged to sign up after hearing about the ride through his work, Curtis Banks.

The financial services firm has been a keen supporter of ARCHIE raising thousands for the Tayside appeal. They have also offered to match the funds Seamus manages to raise ahead of his ride.

With just a few weeks until the group embark on the ride, Seamus admits it will be a challenge but one he can’t wait to overcome.

He said: “To be honest, I’m a bit apprehensive about it because it’s a long way but I have done distances like this before. The actual ride route for day one, it’s going to be tough

“The fact that there is only 30 of us doing it, I think it will be a good weekend to ride and meet with other people raising funds as well.”

As well as new friends he will meet on the ride, Seamus will be in good company as a pal from his cycling club CCC79 is joining him.

“The two of us are friends and we ride together, although he’s the more experienced cyclist and a lot better than me too!” he joked.

“I’m quite glad he’s coming along because it will be somebody to give me support and he’s the type of guy who’d gee me on if I’m struggling.

“It is quite a big thing to undertake, and granted, I will meet people on the ride, but it’s quite good to have somebody you know there as well.”

Although training is tough, Seamus is looking forward to getting the miles under his belt during a break from work.

“I’m part of a cycling club, so I’ve got a good base level of fitness. I’m going to try and ride 100 miles myself, which I’m more than capable of doing but just to give me a bit of a confidence boost.

“If you don’t cycle, you don’t get that there’s a lot of climbing over two days. 17,000ft in two days is more than I’ve ever done, so this is a challenge for me even though I’ve been cycling for up to five years. It’s not easy, by any means.”

One of the major draws to taking part in the ride, was the chance to cycle alongside world record-breaking athlete and ARCHIE patron Mark Beaumont.

His around the world cycle is one of the achievements Seamus finds the most fascinating.

He said: “You’ve got to admire the man. What we are doing, he did every day for 79 days.

“I just couldn’t imagine that. I don’t think people appreciate how tough that must have been. I’m looking forward to meeting him and doing the ride with him as well.”

As the riders reach the finish line in Aberdeen, most will be looking forward to putting their feet up. For Seamus, a piece of birthday cake might yet be on hold for another day with some of the Tayside-based participants considering a final leg back to Dundee, adding 100 miles on to the trip.

It’s a final challenge he hasn’t quite ruled out: “I’ll be torturing myself for two days and then I’ll be able to relax on the Sunday.

“But there is some talk of the guys coming back over Cairn o’Mount – but I’ll see how I’m feeling!

“I’d probably would have spent my birthday on my bike anyway, to be honest.”

To follow Seamus’ progress or to donate to his efforts, visit Justgiving.com/seamus-smith1.

An avid cyclist will enjoy a well-earned break on his birthday after completing a 265-mile bike ride alongside Mark Beaumont in aid of sick children. Seamus Smith will turn 48 on Sunday … Continued 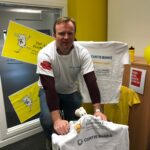 A doctor’s chance encounter with Royal Aberdeen Children’s Hospital has helped inspire him to raise funds for ARCHIE in Tayside. Dr Tom Fardon’s youngest son benefited from the work of ARCHIE in … Continued 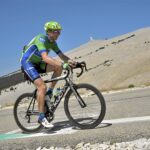 A yoga teacher is to swap the yoga mat for the saddle in a bid to raise money for sick local children. As well as running three businesses, Daria Wall is now … Continued 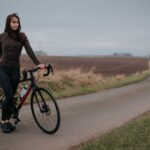 When Chris Dall went to see his doctor about what he thought was a nail infection – little did he realise he would soon be battling skin cancer.   Now, just months after … Continued 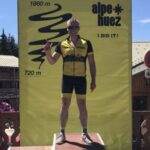 After overcoming cancer 10 years ago, Jon Ruszka is about to set off on the ride of his life with one of his cycling heroes – after a chance email encounter. The … Continued 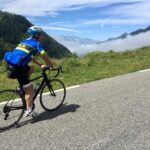 The ARCHIE Foundation is undertaking a 265 mile expedition with Mark Beaumont from Tayside to the Highlands, and back down to Grampian; and is calling on cyclists across Scotland to join them. … Continued